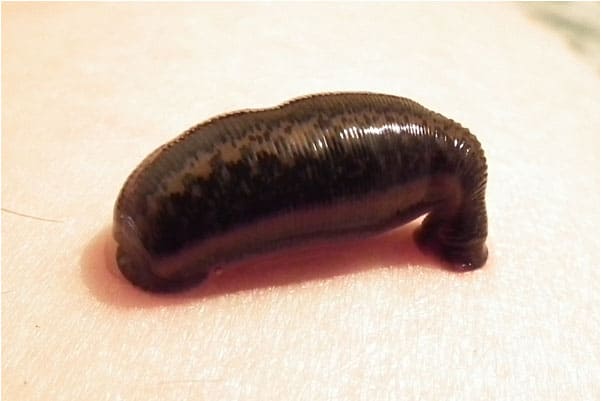 The majority of leeches ( Attai Poochi )

live in freshwater environments, while some species can be found in terrestrial and marine environments. The best-known, such as the medicinal leech, Hirudo medicinalis, are hematophagous, attaching themselves to a host with a sucker and feeding on blood, having first secreted the peptide hirudin to prevent the blood from clotting. A minority of leech species are predatory, mostly preying on small invertebrates.

In aquatic species, the eggs are enclosed in a cocoon which is usually attached to something solid, but terrestrial species often conceal the cocoon under a log or in a crevice. Almost 700 species of leech are currently recognised, of which some 100 are marine, 90 terrestrial and the remainder freshwater.

Leeches were used in medicine from ancient times until the 19th century to draw blood from patients. In modern times, leeches find medical use in treatment of joint diseases such as epicondylitis and osteoarthritis, extremity vein diseases, and microsurgery, while hirudin is a valuable drug for some blood-clotting disorders.